For the Vertical-Cosmos-Period Of The Natural-History

From WikiSyphers
Jump to: navigation, search 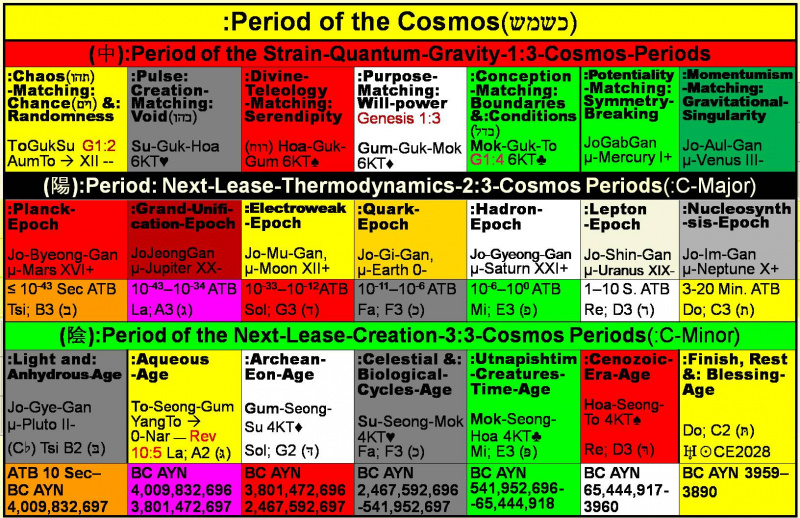 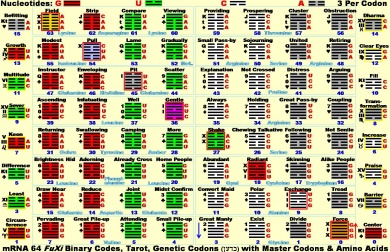 The Quantum gravity epoch[2] covers the time of zero up to the measurable universe of the Planck epoch. This Strain [3](אמנע) is the condition of the materials of the deep[4] (תהום; 太陰) in Sumerian called the AB.ZU (אב-זו). Quantum gravity epoch is further subdivided ideologically (思想: SiXiang) using the HeTu (河圖) dots arranged within the 5th/10 Sepherah Gedulah-Gevurah (גבורה גדולה); ShuWuGan (書戊干) as the 1st-7th/7 dots figurate numbers of QianGua’s (乾卦) outer cells.

The first verse in Genesis 1:1, the first word: BRAShYTh; Strong’s Hebrew English spelling: bre’shiyth [5](בראשית); “In the beginning,” "from the head" or "in the head," the nature of the Quantum gravity epoch and sub-Planck period constituents.

According to the Sepher Yetzirah: Book of Creation Chapter 4; verse 3 there were formed 7 double (כפולות) letters, Beth (ב), Gimel (ג), Daleth (ד), Kaph (כ), Pe (פ), Resh (ר), Tau (ת), each has 2 voices or phonemes; either softened as a voiced labiodental fricative or aspirated with a “dot;” dagesh in the center that form 2 separate heptads.[6]

The 1st/2 heptad voices is the softened [7](רך: Rx) voice or phoneme as a voiced labiodental fricative heptad of 7 letters each representing the 1st/2 matches of the Quantum gravity epoch For the Period of the Cosmos.

Next the 2nd/2 heptad voices of 7 aspirated hard [8](קשה) or strong (גבור) voices with a dot called a “dagesh” in the center match each of the 7 letters of the 1st/2 softened voices of the Quantum gravity epoch.

:First-Match: Chaos with the Chance-and-Randomness

:Third-Match: Divine Teleology with the Serendipity

:Fourth-Match: Purpose with the Will-Power

:Sixth-Match: Potentiality with the Symmetry-Breaking

In the genetic code, a stop codon (or termination codon) is a nucleotide triplet within messenger RNA that signals a termination of translation into proteins. Proteins are based on polypeptides, which are unique sequences of amino acids. Most codons in messenger RNA (from DNA) correspond to the addition of an amino acid to a growing polypeptide chain, which may ultimately become a protein. Stop codons signal the termination of this process by binding release factors, which cause the ribosomal subunits to disassociate, releasing the amino acid chain. While start codons need nearby sequences or initiation factors to start translation, a stop codon alone is sufficient to initiate termination.

Specifying the TaiJi TuShuo (太極圖說); the “specifications[44] of the TaiJi diagram by Zhou DunYi (周敦頤), because of the abundance of high energy non-broken symmetry (homogeneous), at the time of the big bang due to being without balance or spontaneous symmetry breaking of the TaiJi (太極, תקע), the TaiJi moves [45](מרחפת) and thus produces the yang (陽); the “positive cosmic (rapid or widening) force,” the "movement" of Ain Suph (אין סוף), the Yang (陽) of XiaoRen (小人) with the emotional [46]pulse of creation or spontaneity of processes, just as “the spirit of God that moves” (מרחפת) with Genesis 1:2, also known as the prime force[47] or superforce historically known as Primum Movens, an imitation of the Greek Aristotle’s without moving mover (ου κινουμενον κινει).[48] The "Prime Force" is the performing energy with the purpose to generate the energy to make all things co-interact with each other,[47] initializing the Period of the Next Lease Thermodynamics.

In the standard model, at temperatures high enough that electroweak symmetry is non-broken, all elementary particles are massless. At a critical temperature, the Higgs field (formerly the aether) becomes tachyonic; the symmetry is spontaneously broken by condensation (טיל; "dew"), and the W and Z bosons get masses, also known as “electroweak symmetry breaking” (EWSB), the 22 formation-energy letter-paths of the Hebrew Alphabet Path-Interval Interconnections.

Dirac's mathematical beauty[49] of 4 main types of symmetry are:

The 4 fundamental forces (actions 才) of electromagnetism, weak nuclear force, strong nuclear force and gravitation all have the same strength, so they are with unity into a single fundamental force of the superforce or universal prime energy. Hallahim (האלהים); “The gods” in the form of workers [50](מלאכת) or messengers [51](מלאכת), elements with composition of particles in this description are called “momentons;” a generic term for any and all particulate matter. Since the momentum (force) is the only property or quality common to all the fundamental particles of the standard model of particle physics, being useful to think of momentons as bits of momentum (force) in lieu of of as particles. Particles bring up a vision of points to mind, whereas each bit of momentum is visualizing of a vector, an item in motion (נעה). String properties are more closely with co-relative to vectors than points.[40]

Caballistically the Seder Hishtalshelut (סדר השתלשלות: "Special Drawer Rights"); "order of development, progression or evolution" (process of creation), the descending chain of existence is the Atzilut (אצילות) emanation or radiant (radiation-domination era) portion of the 1st/Four Worlds, with specifications by “Abraham laying the wood (העצים) in order (יערך) in BC AYN 1901 in Genesis 22:9.

Atzilut (אצילות) is derived from Numbers 11:17 usage of ATzLThY (אצלתי); "I will take" of the spirit (הרוח) that is upon (אספה-לי) Moses and that spirit put upon the 70 men elders (מזקני) of Israel and set (יעמד) them round about (סביבת, 周: Zhou) the tabernacle afterthewhich the lord came down in a cloud (ענן) and the spirit rested (נוח) upon the 70, then they prophesied.[79] ATzLThY (אצלתי) was taken over into the Kabbalah as the form Atzilut (אצילות); "[arm or worm]hole" from Solomon ibn Gabirols (c. 1021-1058) Mekor Hayyim (מקור חיים); "The Fountain of Life."

SanHan (三汗, 삼한) is the same topological area as XiaoRen (小人); the "small human," the 3rd/3 stories of the Ark of the Solar System.

The 1st branch of the Tree of Life is implicit with Beriah (בריאה); the “world-plane of creations,” on this level, the first concept of creation ex nihilo however without any shape or form (massless). Beri'ah is the 2nd/4 worlds to be created ex nihilo or Yesh Mayin, since Atzilut (אצלות) emanated; "radiates" (radiation-domination era) in lieu of creates.

Atzilut begins with the Quark epoch, the first part of the radiation-domination era covering 7 incremental steps of the Period of the Quark Epoch of 10-12 seconds through 10-6 seconds ATB followed by the Period of the Hadron Epoch, the second part of the radiation-domination era covering the period of time of 10-6 seconds through 100 seconds or 1 second After The Bang (ATB).

The Period of the Next Lease Creation (ברא) consists of the 7 Biblical Day-age Periods covering the period of time of 10 seconds to 3 minutes after the big bang through to BC AYN 3959.

The six-day period of the creation of our Universe is with formulating as a Holon according to the Matter-Being project:

The First Day of Creation: In the beginning God created the heaven and the earth.

And the earth was without form, and void, and darkness was upon the face of the deep.

And the spirit of God moved upon the face of the waters.

And God said, Let there by light; and there was light.

And God saw the light that it was good; and God divided the light from the darkness. [God formed the logic of light and darkness, with symbology of the bigram of Yin and Yang] And God called the light Day, and the darkness He called Night. And the evening and the morning were the first day.

The Second Day of Creation: And God said, Let there by a firmament in the midst of the waters, and let it divide the waters from the waters.

And God called the firmament Heaven. And the evening and the morning were the second day.

The Third Day of Creation: And God said, Let the waters under the heaven be gathered together unto one place, and let the dry land appear; and it was so.

And God calls the dry land Earth; and the gathering together of the waters calls Seas; and God sees that is good.

And God said, Let the earth bring forth grass, the herb yielding seed, and the fruit tree yielding fruit after his kind, whose seed is in itself, upon the earth; and it was so.

And the earth brought forth grass, and herb yielding seeds after his kind, and the tree yielding fruit, whose seed was in itself, after his kind; and God saw that was good.

The Fourth Day of Creation: And God said, Let there be lights in the firmament of the heaven, to divide the day from the night; and let them be for signs, and for seasons and for days, and years.

And let them be lights in the firmament of the heaven, to give light upon the earth; and it was so.

And God set them in the firmament of the heaven, to give light upon the earth and to rule over the day and over the night, and to divide the light from the darkness; and God saw that it was good. And the evening and the morning were into the fourth day.

The Fifth Day of Creation: And God said, Let the waters bring forth abundantly the moving creature that hath life, and fowl that may fly above the earth in the open firmament of heaven. And God created great whales, and every living creature that moveth, which the waters brought abundantly, after their kind, and every winged fowl after his kind; and God saw that it was good.

And God blessed them, saying, Be fruitful, and multiply, and fill the waters in the seas; and let fowl multiply in the earth.

And the evening and the morning were the fifth day.

The Sixth Day of Creation: And God said, Let the earth bring forth the living creature after his kind, cattle, and creeping thing, and beast of the earth after his kind; and so it was…

Some other amino acids are characterized as semi-essential, as the body is unable to produce enough of them for physiological needs. These include arginine, histidine (essential for infants but not adults), cysteine and taurine. There are also amino acids that are hydroxylated after they are incorporated into a protein structure. This includes lysine becoming hydroxylysine and proline becoming hydroxyproline.

Thus the heavens and he earth were finished, and all the host of them.

The first series is related to the Music of the Sphere and to Gurdjieff’s Enneagram.

God Created[121] the Base-9 world inside the Pre-Heaven Octagon and the Base-10 World inside the Post-Heaven Octagon. God then bind these two worlds together in arithmetic-series / geometric-series and encoded in the vacuum computer with the corresponding Involution line-diagram Logic for the Universe’s Computer.[122] This Creation is perfect, as defined by the Holon of Beauty—Symmetry—Economical in Action.] 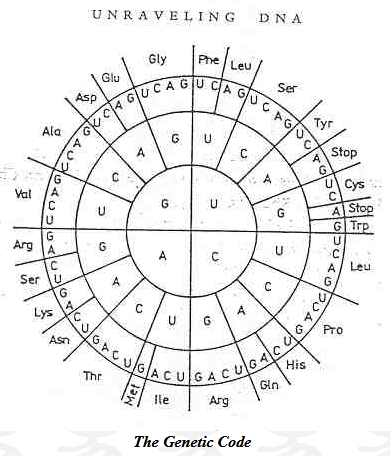